iPad in the ESL classroom

What is an iPad?

The iPad is a line of tablet computers designed and marketed by Apple Inc., primarily as a platform for audio-visual media including books, periodicals, movies, music, games, apps and web content. Its size and weight fall between those of contemporary smartphones and laptop computers. The iPad runs on iOS, the same operating system used on Apple's iPod Touch and iPhone, and can run its own applications as well as iPhone applications. Without modification or a developer certificate, the iPad will only run programs approved by Apple and distributed via the Apple App Store (with the exception of programs that run inside the iPad's web browser) (Ask, n.d.).

Like iPhone and iPod Touch, the iPad is controlled by a multitouch display. iPad is sold with Wi-Fi and cellular models. The Wi-Fi connection is used to access local area networks and the Internet. Cellular models connect to mobile data networks with 3G or 4G in addition to Wi-Fi. Since the release of iOS 5, the device does not need to be managed and synced by iTunes running on a personal computer via USB cable .

How to use an iPad?

The following videos will show you the basics on how to set up and use Apple's iPad.

The following link will take you directly to the Apple iTunes website to download and install the latest iTunes version in your computer. 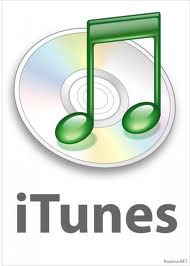